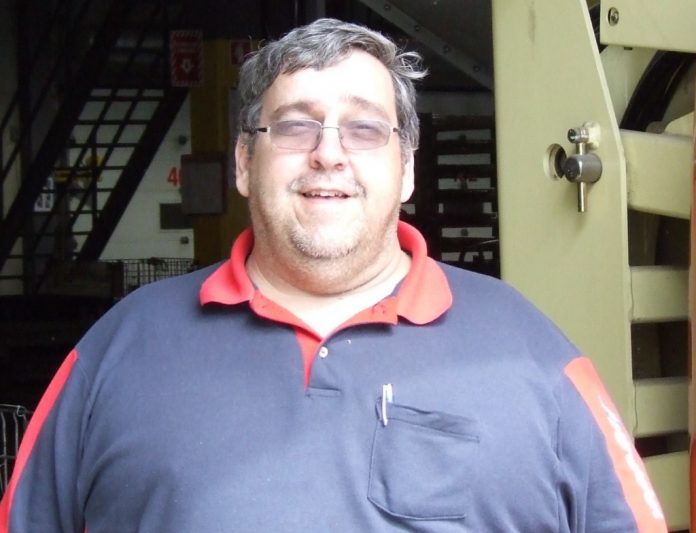 There are exceptional people who command respect.

Local 931 steward Sylvain Nobert, who works at Purolator’s sorting centre on Côte-Vertu is such a person.

Sylvain is not only an excellent worker and a steward who looks out for the well-being of his co-workers, he’s also a long-standing, extremely active volunteer.

“When I was 18, I began raising funds for all kinds of causes,” explains Sylvain. “Initially, I did it to socialize and before I knew it, I was hooked.”

In fact, for a while Sylvain spent every free moment raising money for various foundations and charitable causes, notably the Children’s Wish Foundation, the Fondation Charles-Bruneau and Leucan. He viewed his work at Purolator almost as a pass-time, a pass-time that took up 40 hours a week…

“Sylvain is one of the most devoted people I’ve ever met,” says Benoit Baillargeon, the union representative of Teamsters local 931. “Besides the money he raises for sick kids, he single-handedly manages the workers’ social club at Purolator – Côte-Vertu. He has an incredible amount of energy.”

“Helping sick kids is a cause that really speaks to me,” adds Sylvain. “And I tell myself that what goes around comes around. In life, you have to learn to give without expecting anything in return.”

And talk about giving: Sylvain Nobert has raised almost half a million dollars over the last 25 years!

“I’ve organized auctions, oldies nights, telephone campaigns, telethons and more. I’m driven to collect as much money as I can so we can ease the suffering of sick kids.”

Why are we talking about Sylvain Nobert today? Because he’s spent 25 years looking out for others, and that’s something that deserves public recognition.

“I’m less active since I adopted twins a few years ago. I’m a full-time dad, and at 48 with two small kids, that takes a lot of energy,” chuckles Sylvain.

It’s thanks to the Sylvain Noberts of this world that the Teamsters union holds such an important place and plays such an influential role in society.

A union is much more than collective agreements and grievances. It’s the sum total of all the Sylvain Noberts of this world. Without them, the Teamsters would not be as essential to Canadian society.