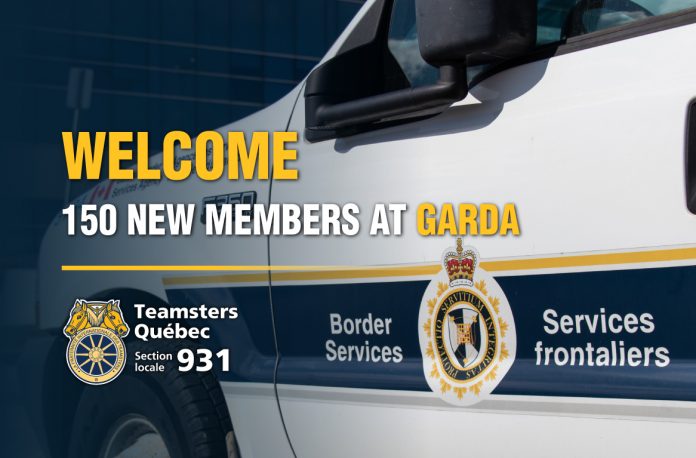 They are employees of Garda, the company who conducts surveillance of immigrants who enter Canada illegally.

“I would like to thank these officers for their confidence,” said Teamsters Canada President François Laporte. “They made the right choice because we have the resources, skills and experience to offer them quality services.”

This organizing drive, which lasted several weeks, is the result of close collaboration between Local Union 931 and Teamsters Canada.

“I would like to highlight the quality work of our organizers,” adds Richard Lamoureux, President of Local Union 931. “Their professionalism and efficiency demonstrate why Teamsters are the most powerful union in North America.”

The workers will elect shop stewards in the coming weeks, and then the members’ demands will be taken in order to begin the negotiation process for the renewal of their collective agreement.