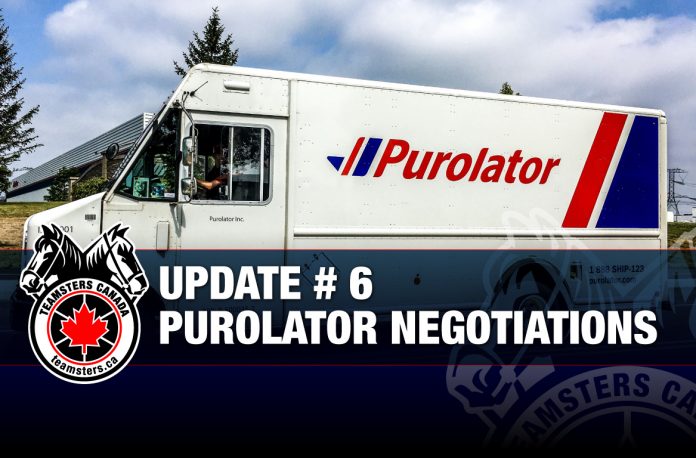 Negotiations with your employer resumed last week with the Federal Conciliation Officer in attendance. We, however, regret to inform you that, as of Wednesday afternoon March 23rd, these talks broke down and concluded.

It was obvious that your employer is not taking our proposals seriously and has neglected to respond accordingly to important language issues that remain outstanding. Such issues pertain to job security, safety concerns and hours of work. As you are aware, the pandemic has also highlighted areas of the collective agreement that need strengthening.

We are angered by the lack of response to our proposals, especially after such a long break between meetings. Your committee is as equally frustrated as you are, but feels we need to conclude these serious contract language issues before negotiating monetary improvements.

Given the blatant disregard for our members’ proposals, your negotiating committee unanimously agreed to end this waste of time by concluding this set of meetings and to reconvene when the Union has a strike mandate.

Therefore, strike vote meetings with the twelve Local Unions across the nation will be scheduled over the next few weeks.

With the assistance of the Conciliation Officer, negotiations have been rescheduled for Monday, May 2nd through Saturday noon, May 7th, when the conciliation process will have expired, and the Union and Company would be legal to commence a strike or lockout. The location of the negotiations has not yet been confirmed.

Please watch for Union meeting notices regarding the strike vote. We encourage you to attend these important meetings so that you have all the information you need to make an informed decision.

Our members deserve—and will get—the best possible contract with solidarity.