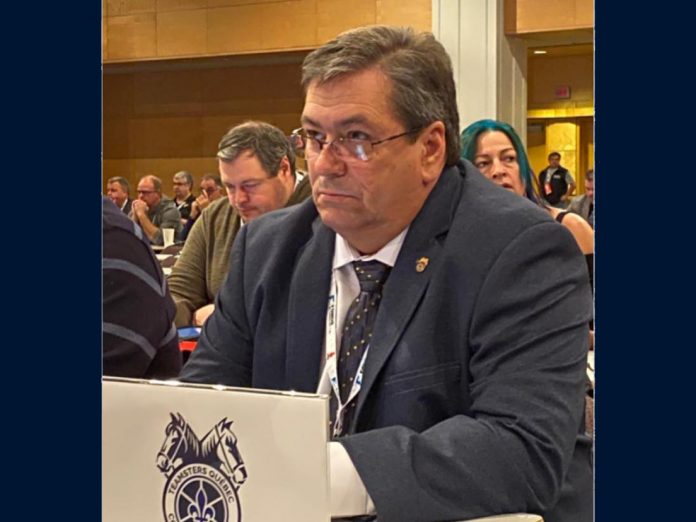 The big day has arrived for Brother Richard Lamoureux, our president. After more than 35 years of union involvement, Richard is retiring. It was a difficult decision to make, but he had to think of himself and turn the page.

Richard Lamoureux became a member of Local 931 in 1987 while employed at Purolator Courier. That same year, he was elected as a steward and in 1989, he became Chief Steward at Purolator. In 1993, he was appointed Assistant Business Agent and on May 1, 1995, he was hired as a Business Agent. Subsequently, in 1999, he was appointed to the position of Trustee on the Local 931 Executive Board and in September 2013 he became Vice President.

On January 1, 2019, Brother Lamoureux became the 5th President of our Local, succeeding Brother Gerry Boutin. Over the years, he has been involved in one way or another in all of the Local’s dossiers. He has participated in many negotiations including UPS.

Since September 2006, Brother Lamoureux has also been a member of the Montreal Region Trucking Industry Supplemental Pension Committee as a Director as well as on the Board of Directors and Supervisory Board of the Insurance Plan of this Committee.

In addition, on November 28, 2019, Brother Lamoureux was appointed by his peers to the position of Vice President of the Quebec Federation of Labour.

We wish Richard a happy retirement! You will always be welcome in your local union.