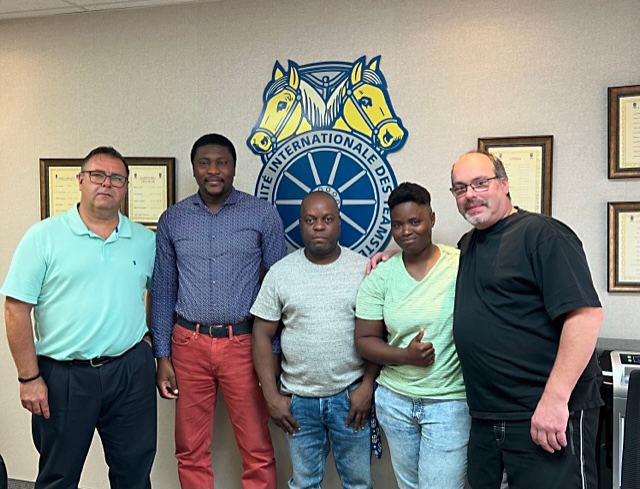 Montreal, September 14, 2022 – A new six-year collective agreement was signed on September 9, 2022 for Olymel Anjou workers. These workers are represented by Local Union 931 of the Teamsters Union of Quebec.

Significant gains were made by the bargaining committee made up of Michel Aubin of Local 931, along with Willington Ulysse, Natacha Ntetu, Richard McGraw and Jean-Gérard Florestal.

“This contract will have a major impact on all workers in this industry, but first and foremost on the families of the 135 members we represent in this company,” said Pierre-André Blanchard, President of Local Union 931. “It’s a great story that deserves to be told.”

Workers’ salaries were increased for the first year by a minimum of $3/hour, and for the remainder of the contract, the increase will total 18%. A pension plan was added, as well as statutory holidays and a floating day. In short, this is a great victory for the people of Olymel.

“It is important to say that it is through the solidarity of the membership and the good work of the bargaining committee that we can improve working conditions for all workers.”

The Teamsters Union represents 125,000 members in Canada. They are affiliated with the International Brotherhood of Teamsters, which has 1.4 million members in North America.

Proud to be a Teamster and to follow in my father’s footsteps!